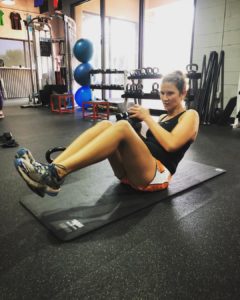 You often hear personal trainers or people at the gym say something along the lines of “keep your core tight” or “engage your core” while describing how to perform an exercise. But what does this mean? And what does it mean to use your core while performing specific exercises? With quite a bit of incorrect information floating out there on the internet, its hard to get any real solid answers. So here is how we at Triplex Training describe what core training is.

Your core is essentially the foundation for which almost every movement in the body stems from. Its the centerpiece for almost all human movement. With such an important role in how we move, its incredibly important to strengthen these core muscles. However, the way we strengthen our core can make a huge difference in the functionality of our movement. There are hundreds of different core/ab exercises out there to chose from. We’re sure you’ve seen an overwhelming amount of different movements, but what is the benefit of one versus the other? Why should you do you do a Russian Twist or a Sit-Up? What is the difference? 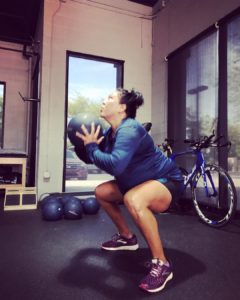 Your body moves in three different planes of motion. Sagittal Plane, meaning forward and backward movements, think push/pull. Frontal Plane, meaning side to side or lateral movements. And Transverse Plane, meaning rotational movements. When we think of core training, the most common movements that come to mind are movements in the sagittal plane, i.e.. sit-ups, crunches, leg lifts, etc… But there are hundreds of exercises that will challenge your body in the other two planes of motion. While these exercises are still good core exercises, they are lacking when it comes to how they prepare your body for real world functional movements. Our other two planes of motion, Frontal Plane and Transverse Plane, are much more valuable to building a well rounded functional core.

Transverse Plane: Our core rotates in almost every movement we make, from rotating to pick something up out of your car to every single step we take while walking or running. Rotational core movements are vital to a functional core training plan.
– Exercises such as Russian twists, rotational punches, plank slides, etc… are great exercises to target the obliques and other core muscles. 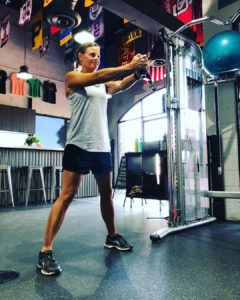 Frontal Plane: Rarely do we place stressors on our body in a uniform fashion, meaning sometimes we carry heavy objects in one hand while sipping our Starbucks coffee in the other. This type of activity places uneven loads on our body and core, often in the frontal plane. Therefore, performing core exercises that can help strengthen our external and internal obliques can be hugely beneficial.
– Exercises such as TRX side bends, KettleBell oblique raises, and side planks, to name a few are great exercises to improve the functionality of your core.

In short, our core is the basis for all other body movements. It is important to train your core is a functional manner. While crunches and sit-ups can be very effective exercises and cause that “burn” that we often associate with a good workout, don’t neglect the other types of core exercises. They are the most important ones!